To the extent possible, let ground forces operate across the border

Conclusions of the investigation into the death of Sgt. Evyatar Yosefi, which occurred during a solitary navigational exercise of the Paratroopers Brigade Reconnaissance Battalion, were recently presented to IDF Chief of Staff Lt.-Gen. Aviv Kochavi. The chief of staff wrote in the summary of the investigation, "The central expression of the responsibility of the IDF commanders [is] for the lives of their people [and] the professionalism and accuracy with which they must approach every small or large task, in routine or in war."

The media reported that the chief of staff would feel uncomfortable severely punishing those involved in the mishap, even though it resulted in the death of a soldier in a training accident, because he himself did most of his service in the Paratroopers Brigade. Apparently that was not the case, and he decided to dismiss the battalion commander and the entire chain of command that was subordinate to him. The brigade commander, Col. Yaki (Yaakov) Dolf, was not exempted, and a command reprimand was issued. It seems that the chief of staff decided to use the tragic training accident to send a message to the army.

In general, the working assumption that the dismissal of those responsible for failure will solve the problem, turns out to be a mistake. More than once, the failure is far more systemic than personal, and the army loses good commanders who should have continued to use their skills and lessons learned from a difficult lesson. This time, in light of the facts, it seems that there was no escape from this. But it’s better not to turn it into a routine. The chief of staff himself escaped from the sword of dismissal after a difficult operational incident, the kidnapping of Gilad Shalit, and it seems that the IDF only benefited from it.

Col. Dolf, did most of his service in the brigade since enlisting to the 890th Battalion in 1994. He was a company commander in Lebanon, the brigade’s executive officer in the Second Lebanon War, and led the 890th Battalion in Gaza during Operation Cast Lead. Dolf is considered a talented commander, and it’s possible that the command reprimand he suffered will not harm his promotion.

But it’s reasonable to assume that the chain of mishaps found by the investigative team – as a model for the manner in which things cannot be done, and especially Yosefi’s unnecessary death – will go with him. In such a case, the army would benefit from a commander who erred, learned from it, and will teach others. Despite the tragedy, training for paratroopers and combat units in general is designed to simulate war, and includes a dimension of risk and danger (which, needless to say, should be controlled as much as possible), because war is dangerous and risky.

In an article published in Maariv, veteran security commentator Alon Ben-David said the IDF’s senior command is hesitant to use ground forces. Although the elite units of the IDF are constantly operating in secret operations, these units are not the main part of the army, far from it. The actions they carry out are essential to Israel’s national security but do not affect the esprit de corps of the entire army.

AND VICE-VERSA. When only the Israel Air Force and Special Forces operate on the other side of the border, the message to ground forces is that their role amounts to ongoing security, policing in the West Bank and possibly, just possibly, to a limited ground maneuver in the next campaign.

"Imagine what a raid of the Commando Brigade on the Iranian airport in T4 in Syria would have done for the self-confidence of the IDF," wrote Ben-David. When he talked about such ideas with field commanders, they looked at him as if he was crazy. "The paratroopers, who knew how to steal an entire radar from Egypt 50 years ago, or to destroy dams and power stations, are now looking at Israel’s borders as if they were impassable."

Alongside realistic training, the raids – which have operational profit inherent in them – also serve force buildup, and instill a sense of capability and daring in commanders and soldiers. That’s not valid only for special operations, such as the raid on the Soviet radar in Egypt in 1969. The spirit built in these operations also affected the willingness to carry out high-risk moves such as crossing the Suez Canal in 1973. 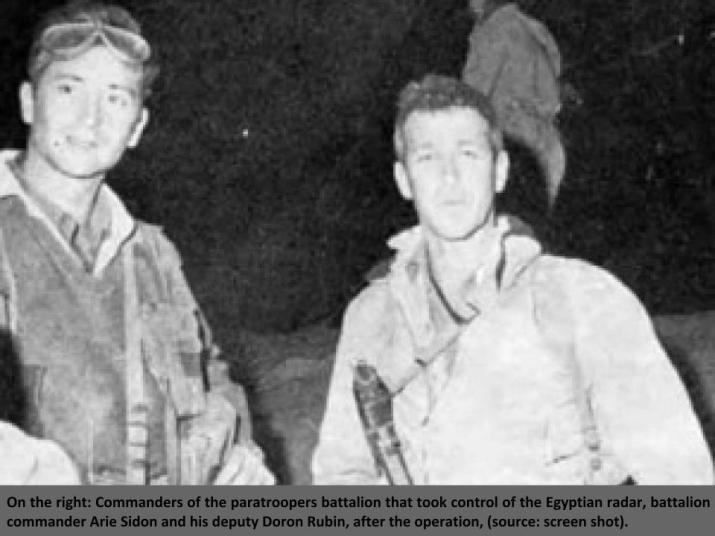 The need to show courage on the ground is therefore very important to the army. But the strategic dimension should also be considered. It’s easier to be nostalgic and say the army used to be better. But the truth is that there was another reason for the raids. The IDF had no other means, such as precise guided munitions fired from the air, to carry out the mission. Today, when it has them, the dilemma is much more difficult. Moreover, the failure of such raids may have the opposite effect on the forces, and mainly on those who are supposed to approve them, at the senior military and political echelon.

In his article, Ben-David ignored the fact that the raids he proposed will almost certainly lead to an escalation. If the goal is to reach a direct confrontation with Iran and its proxy, Hezbollah, then this makes sense. But if not, and Israel strives to harm Iranian forces in Syria without a large scale confrontation, then one must ask whether these proposals are a tail that wags the dog, without serving the strategic goal.

The southern front, on the other hand, in the Gaza Strip, is a completely different story. Israel is in a tense security situation against Hamas, and the intelligence assessment of 2019 is that the organization aspires to reach a confrontation with Israel. In such a situation, the IDF’s senior command may regard the ground raid of "regular" forces from the combat brigades as an opportunity, and not just as a tool in the toolbox that should be avoided.

The Paratroopers Brigade has been a right-wing marker in the IDF for its performance, boldness and determination since the 1950s. And its commanders, as well as the commanders of the other units in the 98th Paratroopers Division, should be as enthusiastic for action. It’s reasonable to assume that they will not be authorized to act in every front and under any conditions, but this aspiration is the soul of a fighting army.

Chief of Staff Kochavi alongside field-level officers like Dolf, must establish this spirit, and seek contact with the enemy across the border, on the ground, when necessary and possible. This is valuable, both in creating deterrence among the enemy and in instilling a sense of capability and daring for the operational forces and for the entire army.